On the face of it the Transcontinental Race is a bike race across a continent, but it has evolved into much more than that. It has spirit and character, an opportunity for adventure and the discovery of new places, the realisation of a new mindset and mental fortitude that we all have an abundance of when fear doesn’t get in the way.

Then there are the people that make it all happen: the core TCR team, CP volunteers, dot watchers, those racing, family and local fans all across Europe. It was Mike’s creation, and an ingenious one at that. Mike’s spirit lives on through the TCR, and I expect it will be another corker of a race in 2018, a race he would be proud of! Along with Mike, it’s this collective of incredible people who make the Transcontinental Race what it is, a beautiful pursuit realised though the reality of riding your bike a very long, long way.

Probably for this reason it’s easy to become attached to the prospect of racing the TCR. Obsessed even. Without this, understanding the purpose to race is undermined, the mind will question why as will other people. I’ve been obsessed for the past two years and am still obsessed, but it will have to be replaced by something else this year. I will still be an obsessed dot watcher, I’m looking forward to the show. And I’m sure that whoever wears cap number 003 will be so well deserved. Perhaps Kristoff, because no two adventures are the same. 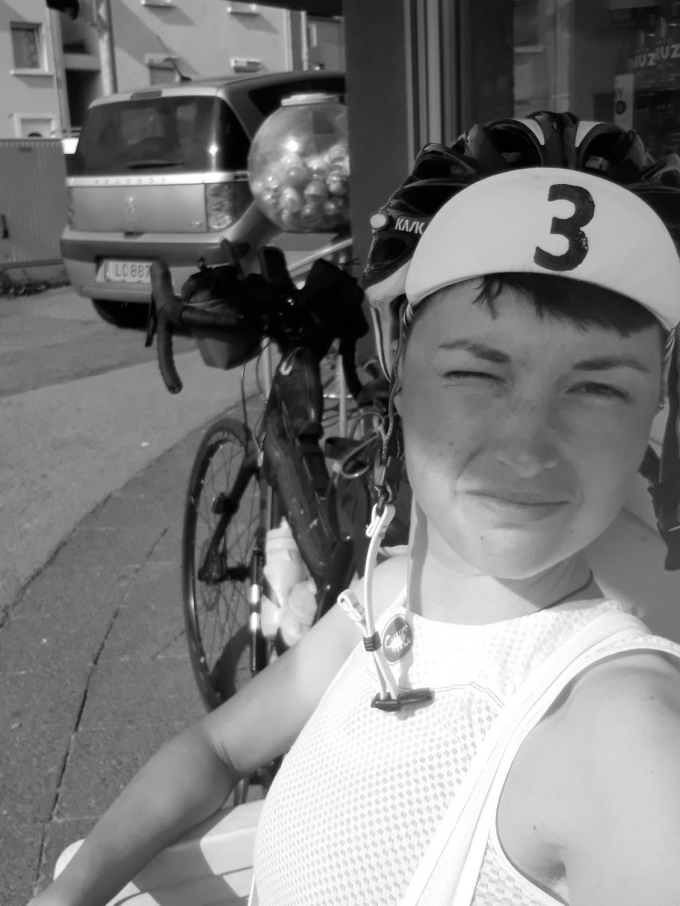 If you intend on entering the TCR No.6 and are lucky to have a place, it will likely consume you for a short period. At least until you start. Cresting the Muur Van Geraardsbergen starts a new chapter, the past dissipates. You will enter the present moment and remain there for the next couple of weeks or so. You, your bike and the road ahead is all that matters.

Since having to scratch during the TCR No.5, my thought has been to return to the race the following year. I’ve come to the decision that it’s not going to happen this year. The weigh up was a difficult one, but in respecting the wishes of those closest to me I feel it’s the right choice. Putting all my eggs in the TCR basket last year also left little time or resources for much else. As a part time student on a shoestring budget, my cycling exploits have to be totally economical this year and the TCR doesn’t fit into that category either. I wish everyone who has chosen to apply the very best of luck. I hope to return in the future.

So here I am planning my rides for the year ahead, it’s nearly February so I’d better get cracking. It will involve alternative adventures, exploring more of what on my doorstep and trying out new things. Of course, they all still involve two wheels…

Quite an exciting list and year ahead, definitely not lacking in opportunity to discover places and make new friends. I will likely do number 4 over 6, followed by a some time basking in the French Riviera, with gelato, espresso and some recovery rides thrown in. If the gravel rides go well, there is the French Divide or Italy Divide for another year, alternatively sticking to the asphalt and the biking man series look quite epic.

I will miss the TCR this year but actually, adventures are our own to design and make of them what we may. I appreciate my fortunate position to be able to do any one on this list and ultimately look forward to enjoying more time doing what I love, sharing my adventures along the way.